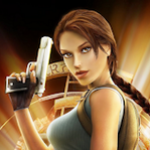 Why haven’t I done a walkthrough for Tomb Raider Anniversary?