Why make the new games only for adults? 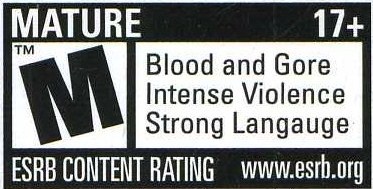 At the risk of making myself seem old-fashioned, I was very upset that the last couple of games in the Tomb Raider series were given a mature rating. They are so far from how the game started, that they seem like different games altogether.

I realise that it’s very modern for people to want more bad language and explicit gore and violence in their ‘entertainment’, but I thought at least Tomb Raider would avoid going down that route.

Are we really so desensitised to violence that each game has to have more and more for people to want to buy it? There are so few new games for kids and young teens now, as most games seem to be geared towards adults, with mature ratings for sex, violence and bad language. Could game-makers not make a less-adult version of the games for younger players, or people who just don’t want to see it?

Yes, you’re probably laughing at me now, and thinking that I’m behind the times, and perhaps I am…but if being ‘with’ the times means enjoying this level of violence, I think I’ll stay just where I am!

Downloads for older versions of Windows